Directors/History
Robert Stoll, our Concert Band conductor, is a retired music educator from Massachusetts.  He has been a trombonist in the Suncoast Concert Band since 2005 and has performed in
both the concert band and and the Jazz Ambassadors.
John Cooley,  conducts the Jazz Ambassadors Big Band.  Bob is a retired music educator, having taught in New York and Florida
The concert band started in 1932 and was known as "The Sarasota Trailer Park Band."  In 1963 the band moved into The
Payne Park Auditorium.  The city changed the name
of the park so the name of the band changed to
"Sarasota Mobile Home Park Concert Band."
In 1992 the name was changed to
Suncoast Concert Band.
In 1993 the band received
North America's most prestigious award
for a community concert band, the
SUDLER  SILVER  SCROLL AWARD
presented by the
John Philip Sousa Foundation.
.

Suncoast Concert Band, a volunteer, non-profit organization, seeks:
To provide challenging performance opportunities for
adult amateur and professional musicians,
To offer cultural and historical enrichment to
Sarasota and Manatee counties, and
To bring the joy of music to our community through a                           series of  entertaining, low-cost concerts. 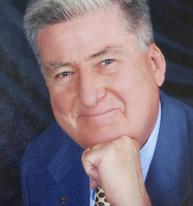